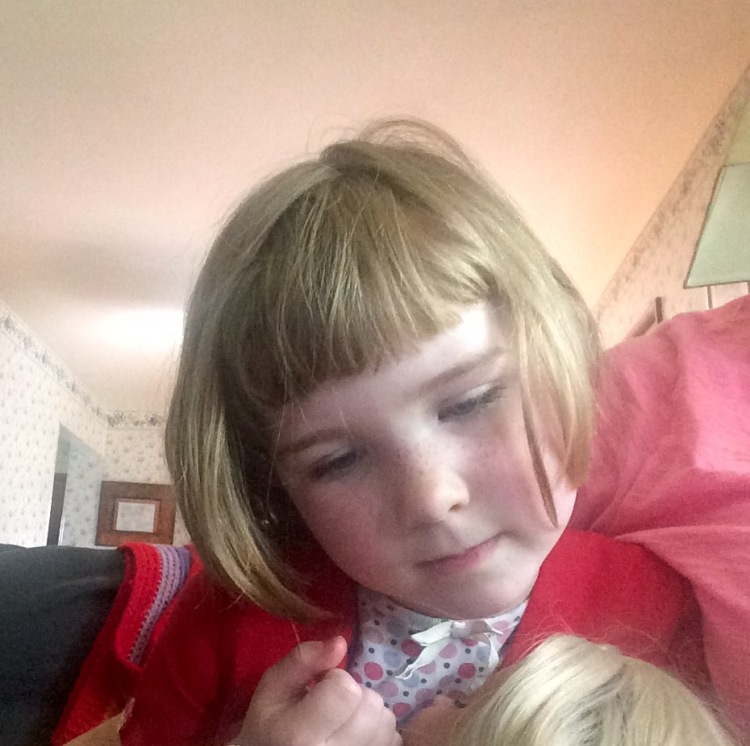 We’re learning about worms, with an eye to start vermicomposting. Portland has public composting, in which you can put all your food waste into the yard waste bin and have it taken away by the city every week. Since we mived to Milwaukie, we have been putting our food waste in the trash, and it just drives me crazy. The kids are so accustomed to composting at school and from our old house that they look at me like I’m crazy when I tell them to scrape their plates into the trash. I wanted to get back to composting, but frankly was not looking forward to buying a $300 rotating compost bin and knew from experience that we wouldn’t pitchfork a pile.

My friend got a worm composting system and didn’t keep up with it, and she offered it to me. So now we have a Worm Factory with two trays and I’m trying to learn about what it would take to start using it.

Of course Amelia wanted to know what I was doing and then spotted a video on the website, which led to another video, and now the kids have been watching worm videos on YouTube for 15 minutes. I’m counting on Amelia to “give me a lesson” (as they say in her Montessori school) on what she’s learned while I was making quesadillas. 🙂

I'm a community organizer on the WordPress open source project and a wine enthusiast.

View all of Andrea Middleton's posts.