If you enjoy watching short documentaries, and you’re interested in learning more about Oregon, you might check out the Oregon Public Broadcasting show called Oregon Field Guide .

Tonight I watched a really interesting and very sad episode about the lost city of Bayocean, Oregon. Apparently in 1907, a family of real estate developers founded a resort town on a spit in Tillamook Bay, which they marketed as “The Atlantic City of the West.” The town was built, lots were sold and things were thriving… until a single jetty was built on the north side of the bay entrance. Because a southern jetty was not built, ocean currents immediately began eroding the land that Bayocean was built on, until eventually the town had to be abandoned. Everyone who had invested in the town or bought their retirement home there… lost everything. 

Stories like this always make me so hungry for more detailed background on how these civil engineering decisions  were made, and what motivated the people who made the final calls that basically condemned an entire resort development. (Not that I think it was necessarily the wrong decision; just because something is built doesn’t mean it has the right to exist or should be prioritized over other things that have also been built, or y’know, people.)   

Seemingly simple decisions can result in so many unforeseen consequences, and can affect people who weren’t considered when the decision was being made . I wonder what the relevant Army Corps of Engineers leadership regrets about Bayocean, if anything . (Maybe nothing at all!)

Wow, do we need some precipitation.

We got a pass to the Columbia Employee Store, and Tom and I replaced some of our outerwear and outdoor gear. Pretty new rain shell for me, yay!

Yep, that’s right — we’re headed to the Oregon Coast in August for 6 nights of camping! Two nights at Fort Stevens, 2 nights at Nehalem State Park, and 2 nights at Beverly Beach. We thought about hitting Champoeg on the way back to Portland, but with two little kids in tow, I’m fairly sure we’re going to run out of clean clothes on Wednesday. 😉  Pickings are a little slim, but all the good sites are NOT booked up 100% yet, shew! 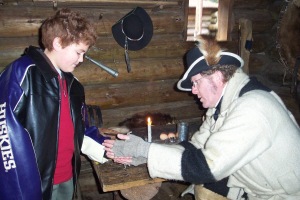 Now we can plan more carefully what we want to do when we’re not on the beach — which will probably not be a lot of the time, unless the weather is just stinking. Currently I’m pretty excited about historical reenactors at Fort Clatsop. Looking forward to getting my Lewis and Clark on this summer! Maybe I’ll start researching lighthouses too, otherwise known as the “how far up the narrow stairs will Amelia start whining that her legs are tired” game.

We were going to do Tillicum instead of Beverly Beach near Newport, but realized just in time that it had no showers. For days 5 & 6 of camping on the coast, I think I require hot showers. We’ll see about the kids. 😉 We camped at a Beverly Beach when Baxter was quite little (just for one night), and we really liked how forested it was, so close to the beach.  Our campsite this year is right next to the playground, yay!

In Newport we plan to see the aquarium at least, and we may or may not see the Sea Lion Caves. My dad says it’s not worth it, but we’ll see. Maybe we’ll go super touristy, maybe we’ll stay on the sand every moment possible. Speaking of, should I get Tom a wetsuit?