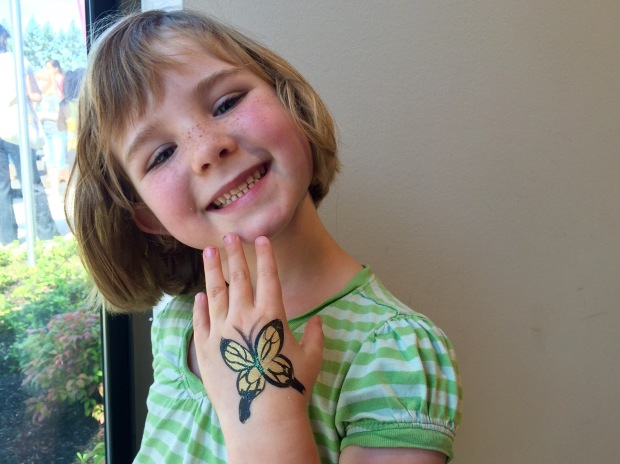 And here’s another birthday song, the one the kids sing at school birthday circles.

To celebrate the beginning of my 44th year, the kids and I made a video. 🙂 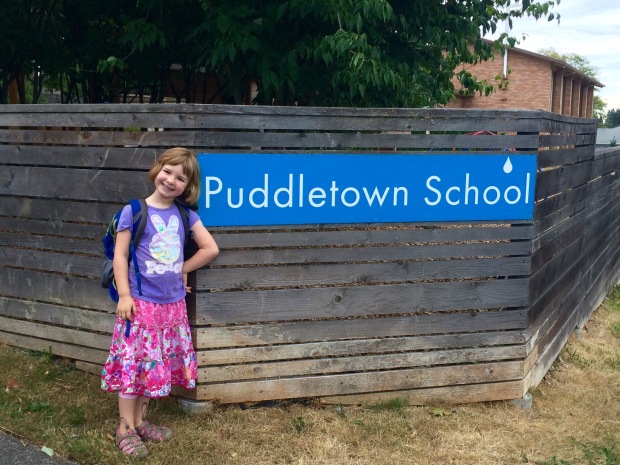 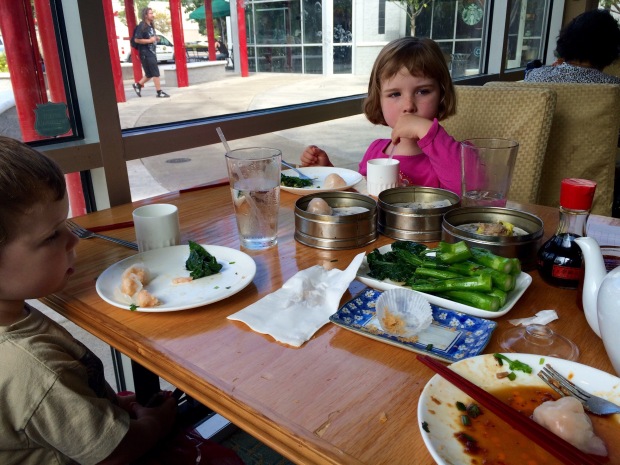 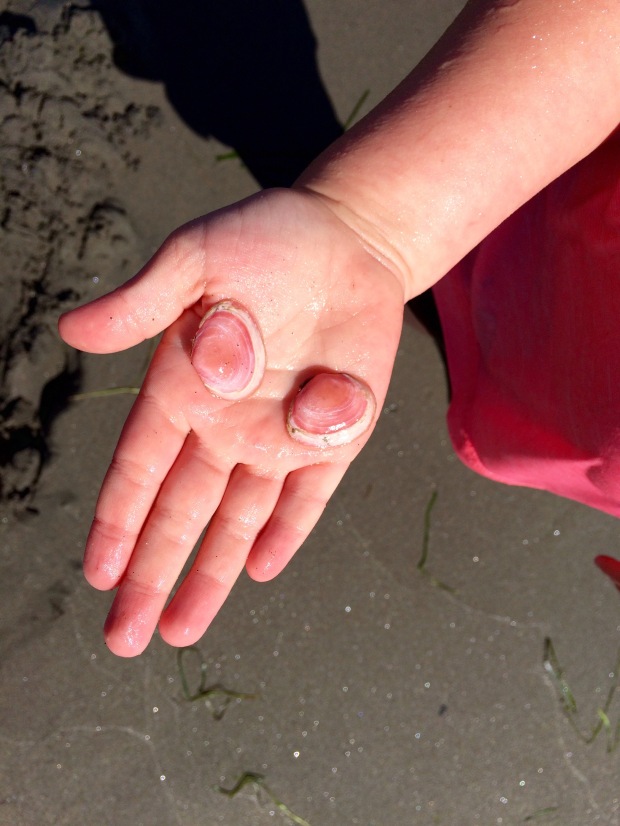 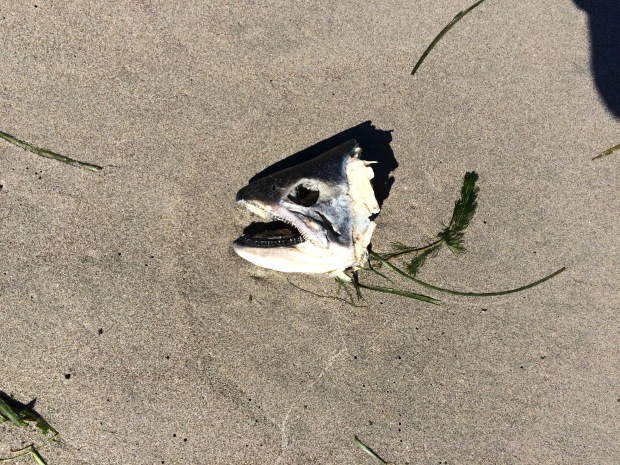 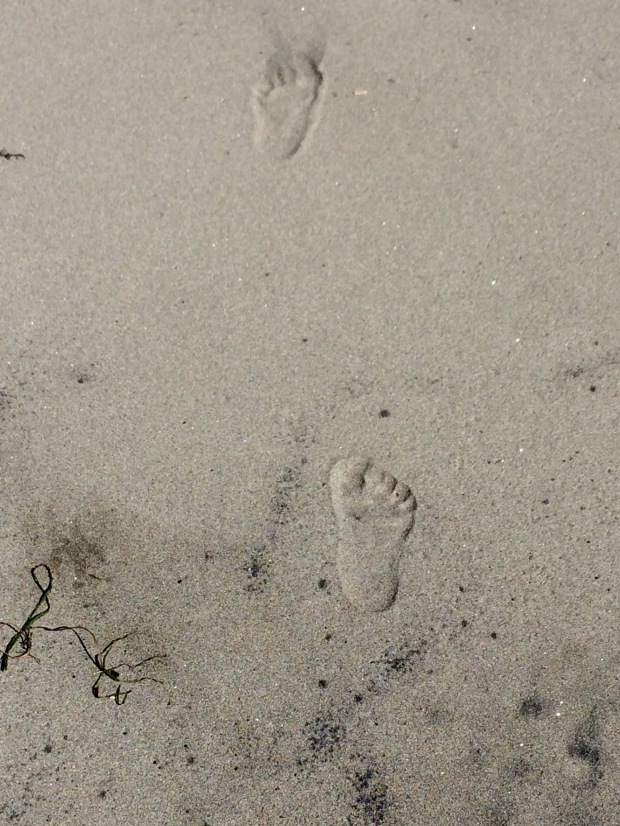 Baxter throws sand in the water, and Amelia jumps waves.

We had a blast tonight at the last Thursday night event in the Ardenwald Summer Concert Series, listening to the geek-filk band called PDX Broadsides. Here’s part of their first number, “Aim to Misbehave,” which references Firefly and Capt. Mal Reynolds.

Usually the kids and I pay some small attention to the band at these things, but tonight Amelia sat on the steps all night long, gazing up at the band adoringly (I’m a huge fan too — folk music plus geekery? Squee!) One of their first couple of songs referenced superheroes, so they got Baxter’s attention early. 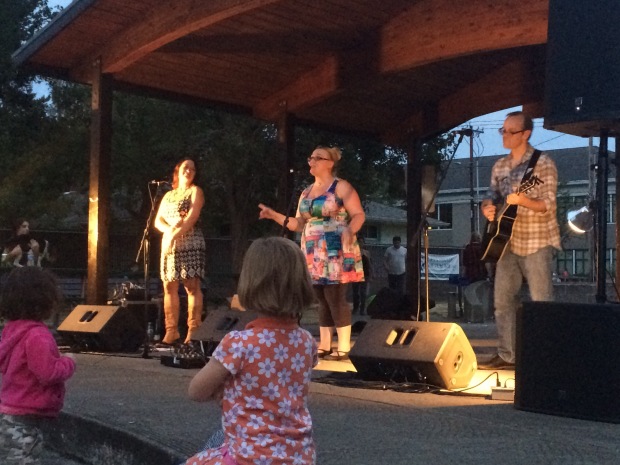 Amelia was so tickled by their last number, “Nathan Fillion, Please Take Off Your Pants” (which they told the kids was about a boy who was not putting on his pajamas) that she demanded we buy their album. Neither Tom nor I had cash on us, but I plan to get “Aim To Misbehave” via their online store later this week. You can sample their music there!

If you like beautiful singing, funny songs, and/or geek culture, then totally make time to see the PDX Broadsides. I believe they’re playing Rose City Comic Con in a few weeks. You’ll thank me later; or maybe you’ll see me at their next show and thank me then! 😉

We found a stretch of beach we liked, actually in the mouth of the Columbia River, with a nice amount of wet and dry sand, plenty of wind, and not many people. The sun kept the wind from freezing us the death, and the great volume of wind made kite flying a serious occupation. Of course both kids got wet and sandy, but that’s why you go to the beach, right?

We stopped off at a wildlife blind as well, on the other side of the peninsula — a mere 5m walk — and there was no wind at all. Amelia and I sat on a log near the gently lapping water and listened to the terns scream “give it BACK!” at each other as they flew overhead. Baxter collected “wheat” from the grass growing in the sand dunes, hoping to give it to Bob (of Bob’s Red Mill) so he could grind it into flour.

This morning we had a tasty egg and bacon breakfast, and then the kids rode bikes while the adults packed up. We spent another hour or so on the sand before we drove home to Portland. 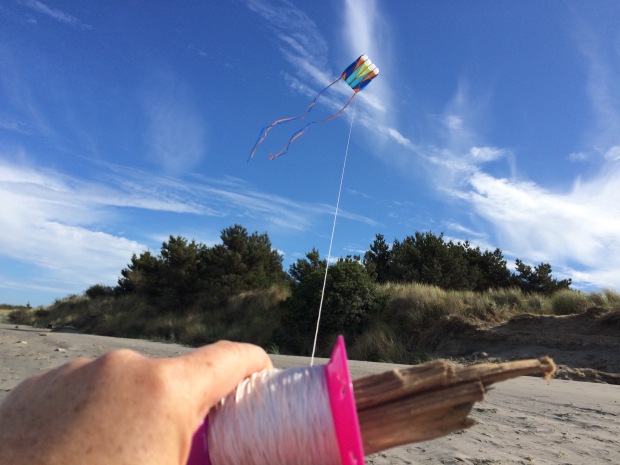 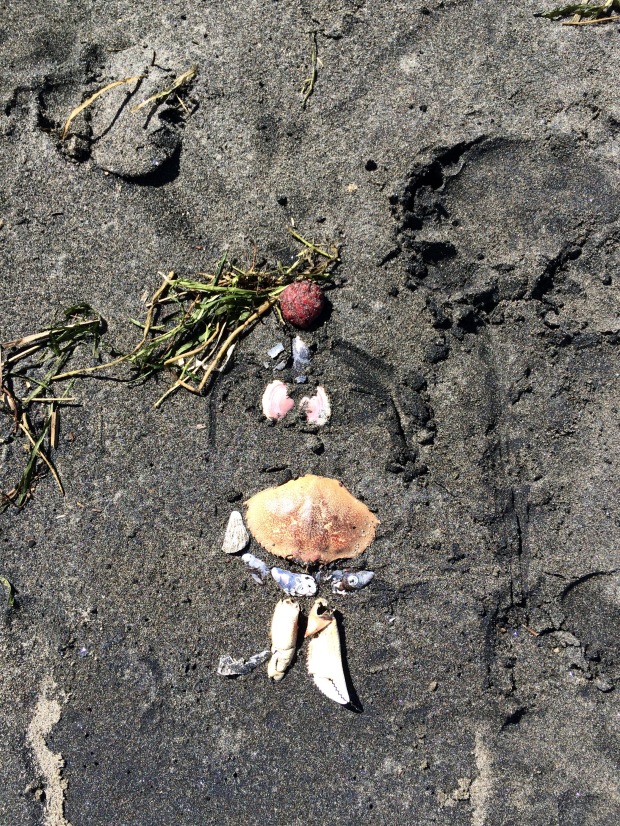